The Village en haut du ruisseau Sustainable Community project has set a new benchmark in urban development for our region in the face of the current global environmental reality. It has garnered awards by some of the most prestigious organizations: 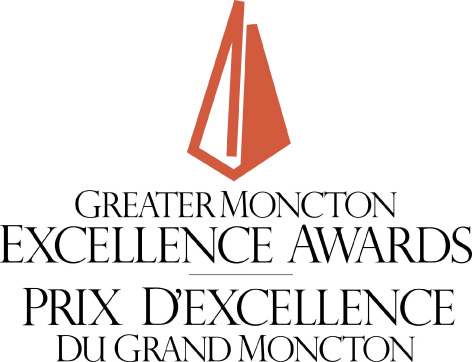 Le Village en haut du ruisseau Subdivision is a Sustainable Community Design Concept (SCD) which was developed in partnership with the City of Dieppe and the province of New Brunswick Department of Environment. A first of its kind in Eastern Canada, the project followed the principles of Conservation Design, whereby housing is constructed in greater density but on a much smaller portion of a development site. The site is treated as a nature reserve, with many management best practices involving surface water in natural areas. The neighbourhood respects the conditions which were on-site prior to our development.

Most homes are situated on streets which run east-west, in order to take full advantage of sunlight and the northernmost part of the building site is densely forested to protect from winter winds. Each unit is heated with Natural Gas and has an Energuide rating of 83 or higher. Homeowners sign a mandatory maintenance agreement, whereby all snow clearing and yard maintenance is completed by contractors on a scheduled basis lowering gas emissions from mowers, leaf blowers, snow blowers and eliminates gasoline and oil containers in their garages.

The development also has Dieppe’s only one-way streets, which help reduce pavement areas and reduce groundwater runoff. Since the development only sits on 46% of the land the infrastructure costs are significantly lower as well as the energy used during the development.

Along with all of these technical or scientific benefits, the most important positive impact of this project is the buy-in of the residents. Everyone who lives at Le Village is convinced that they have made the right choice. Many residents recently took part in a project where “Littoral et Vie”, an environmental awareness group, came in with U de M students and Carrefour de l’Acadie students to plant a large number of native trees and shrubs and helped educate the residents on choosing native plants for their landscaping.

The success of our sustainable housing project has led to it being used by the province as a model in its presentations regarding greener development. We managed to preserve 54% of the property in its natural state and to restore areas after disturbance through a local community project. The infrastructures are on 25% of the area as compared with 65% with traditional developments. The north wind protection and 83+ Energuide ratings lower energy consumption. The housing density is at 0.16 units/acre compared with the normal average of 6.8 units/acre which also justified a mass transit stop in the neighbourhood. With all the results above we evaluate the carbon savings to be in the vicinity of 1,260 tons. Quite remarkable.

We feel the larger impact is that the homeowners are now more open to the idea that a compact and more efficient house and lot does not mean a sacrifice of pride or comfort. We like to think that all residents of Le Village feel that they are helping their environment by choosing to live there. 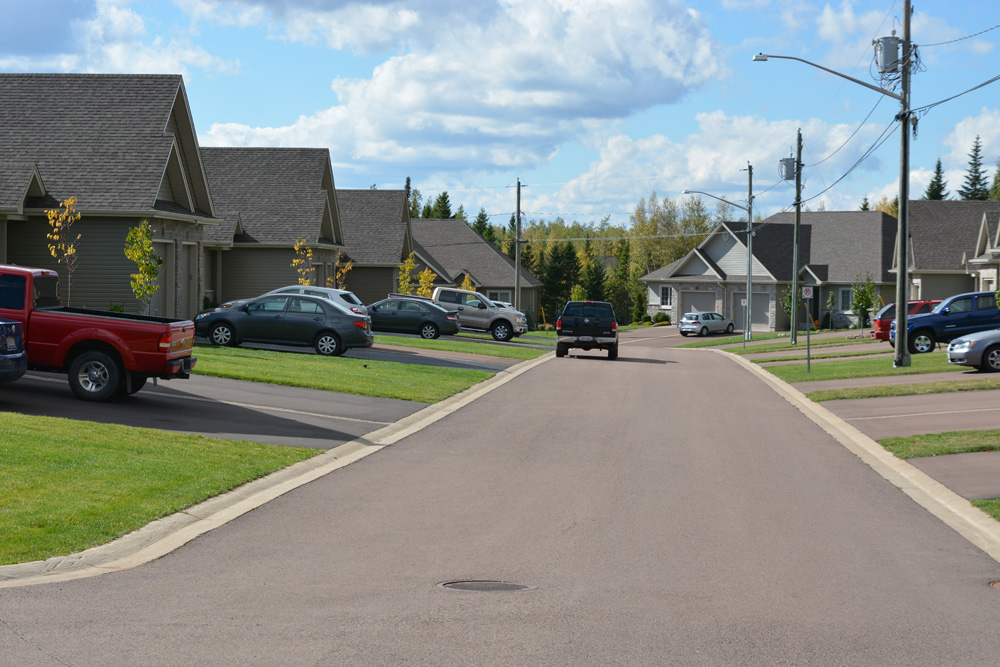 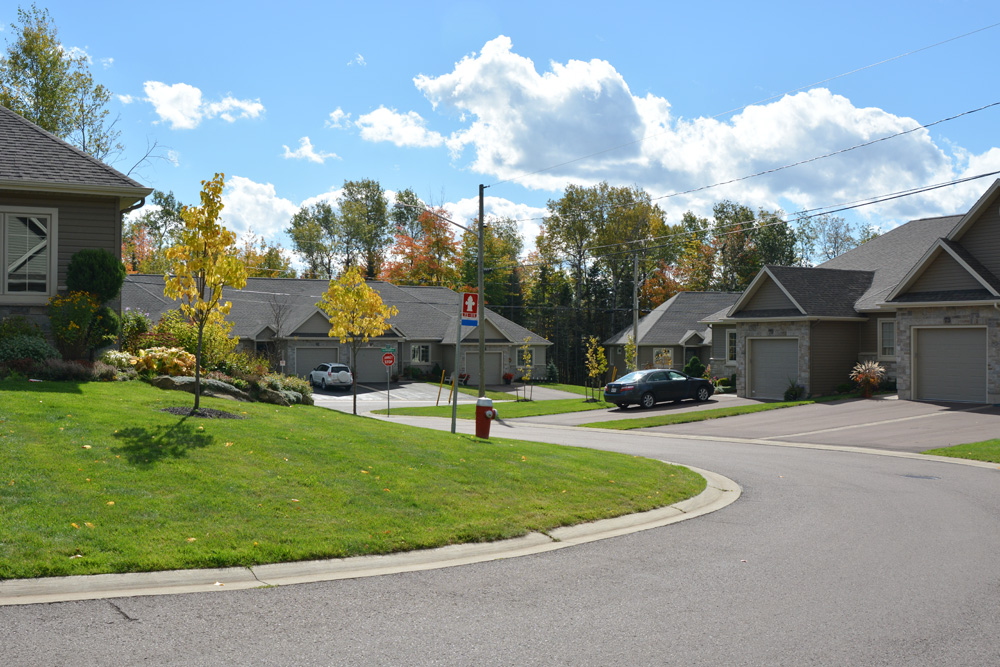 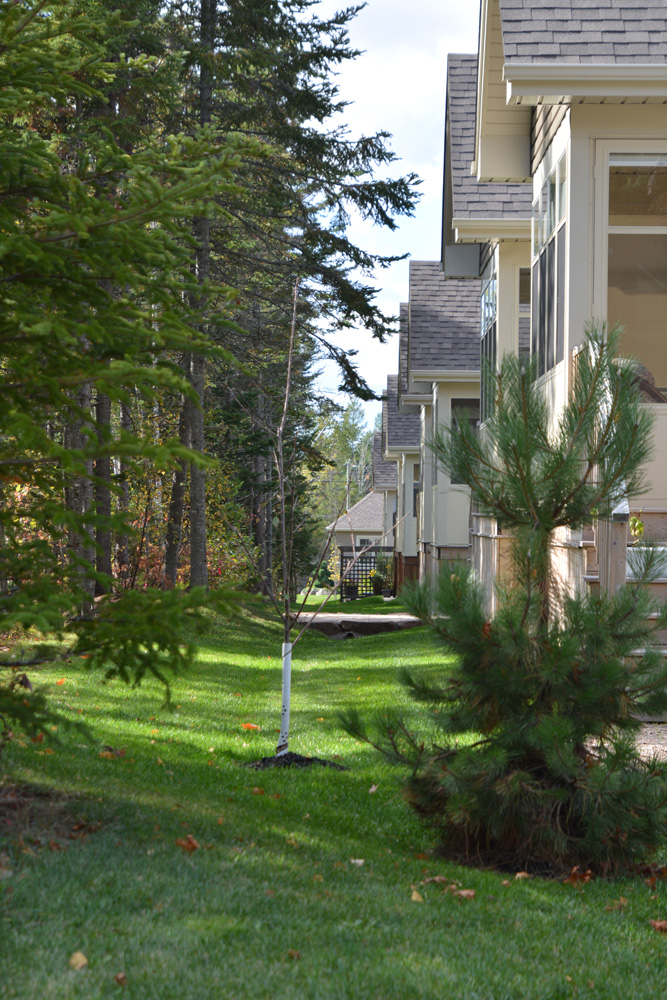 Land preserved in its natural state 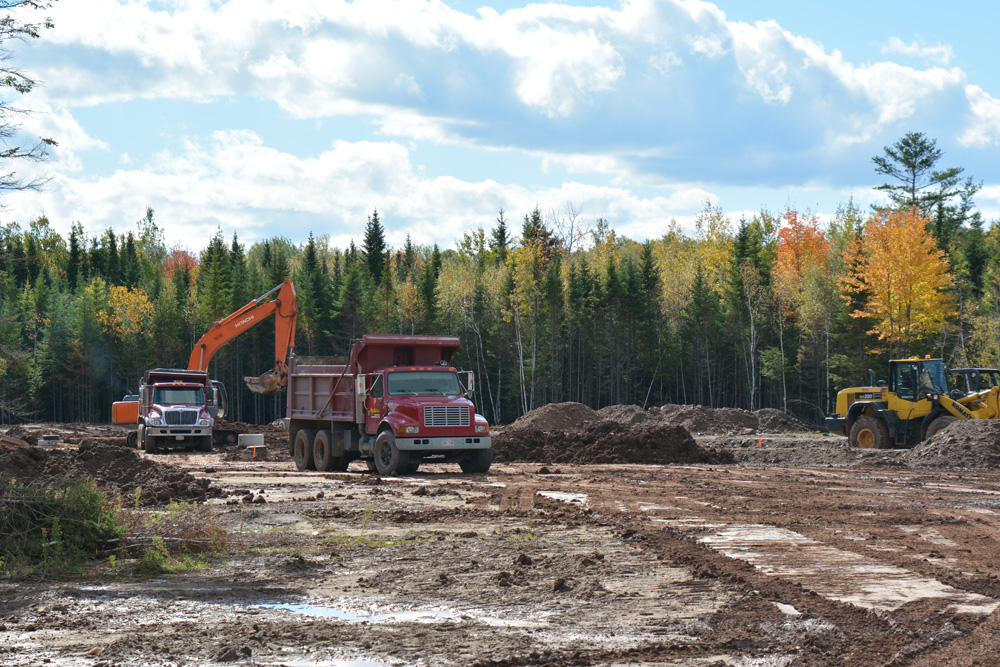